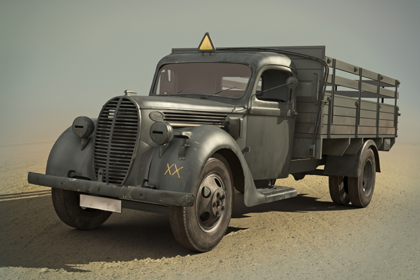 Various models of the Ford 3 tons lorry model 1939 were manufactured from 1939 to 1942. Contrary to the American model, the German Ford had a one piece windshield and a changed radiator mask.