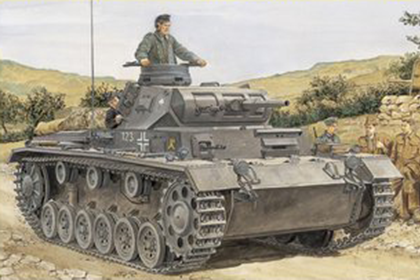 Panzer III was the common name of a medium tank that was developed in the 1930s by Germany and was used extensively in World War II. The official German designation was Panzerkampfwagen III Sd Kfz. 141 (abbreviated PzKpfw III) translating as “armoured fighting vehicle”.