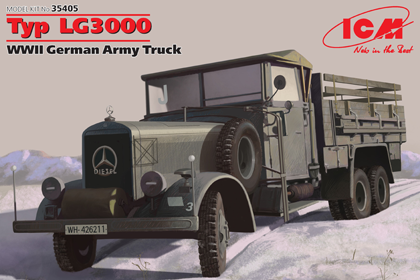 This type was designated Mercedes-Benz LG63. The first three testing vehicles were finished already in 1934. In 1935, further seven vehicles followed. In this time, rearmament of the German army was started in larger scales. The result was, that the so far accepted companies could not produce the demanded quantities of cross-country lorries in the 3 ton class.

Finally, the Wehrmacht took notice of the Mercedes-Bent LG63. Serial production of the vehicle, now designated Mercedes-Benz LG3000, started in 1936.