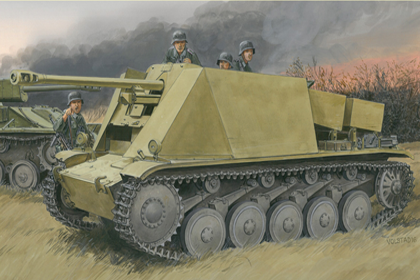 Conceived along the same lines as the Marder II, the 5cm PaK 38 was an expedient solution to mount the 50mm antitank gun on the Panzer II chassis.However, the much greater effectiveness of the 75 mm antitank gun made this option less desirable and it is not known how many field modifications were made to this effect.
Source: Wikipedia