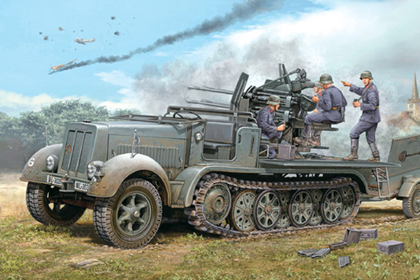 Directly after the demonstration of the experimental Geraet 400 for Hitler on 24 October, on 21 November 1939 the Luftwaffe ordered 100 to be mounted on 8-ton Zugkraftwagen chassis. Originally, the 2 cm Flak 38-Vierling was secured with a central pivot mounting; later, base supports and rachets were used to secure the normal ground mount.