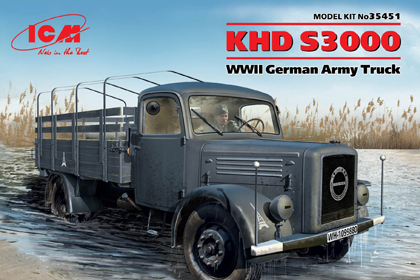 Special vehicles like fire fighting vehicle were made on the chassis of the Klöckner-Deutz S3000.