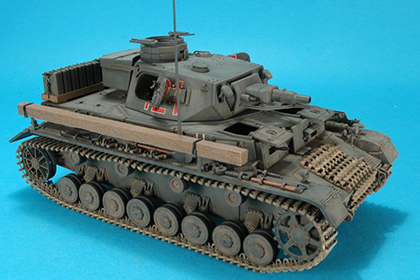 Vorpanzer which means “spaced armour” in German was fitted to some of the Pz.Kpfw.IV Ausf.E.

It differed from Zusatzpanzerung because it was spaced from the underlying armour, whereas Zusatzpanzerung was fitted directly onto the armour underneath.Vorpanzer was designed to defeat 105mm HEAT projectiles, and to strip off the piercing caps of APC and APCBC projectiles which would then shatter on the FH armour behind.

It also caused any HE filler in such projectiles to detonate prematurely.