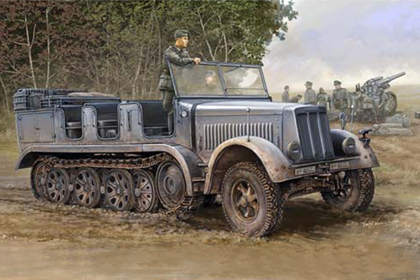 The vehicle could carry gun crews of up to 12 men in theatre-type seats. The rear of the vehicle was an enclosed compartment for storage of ammunition. The tractor could tow loads up to 8,000 kg in weight. Most were fitted with a winch.