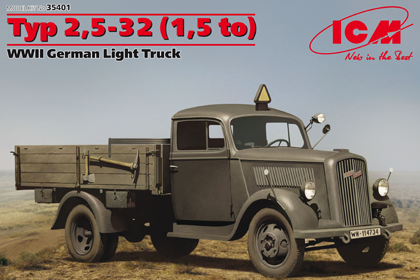 The vehicle was propelled by a 40 HP four-cylinder engine with a cylinder capacity of 2594 ccm.

Some vehicles of this type were procured by the Reichswehr with Krankenkraftwagen (Kfz.31) – ambulance – car bodies. These were taken over by the Wehrmacht, later.